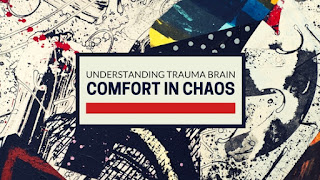 I make no bones about it, as a foster child, I don’t think I was an easy person to get along with and I certainly wasn’t trying to make bonds or connections with those around me. I went into foster care at the age of 13. My life prior to entering the system was one of immense dysfunction, and I had practically raised myself. My mom was rarely around, and when she was it was usually to tell me that we were moving.  We moved over 50 times and I went to more than 35 schools in my life before the age of 13. Chaos had become my normal.

In learning to “cover” for my mom’s actions, and watching my mom talk her way out of almost any situation, I had learned a valuable skill over my early life . . .lying.  It had become a valuable skill and had saved me numerous times from severe punishments.

I had thought foster care would be a positive solution to the life I was living. What I found was more of the same. Loneliness, isolation and depression followed me into care. I had become disconnected from my feelings and accepted that I was unable to love and was unlovable myself.  I continued past behaviors and found no solace in the families that took me in.

I ultimately aged out of the system at 18, turned loose onto the world without any real connections to other people. When I hit the college campus, a feat I wouldn’t learn was remarkable until later, I made a pact with myself to never talk about my past with anyone. I was a good liar and because of my skill I kept that promise for over 20 years.

I spent those years, hiding the past, keeping myself at arms length from any real relationships and doing the one thing I was knew I was good at, “lying”. I didn’t know it at the time, but I found myself in what I now refer to as “trauma brain.” Going to that comfortable place in my mind of Fight, Flight, Freeze or Appease.

Chaos was comfortable for me. When things in my life were going well, I looked for and caused chaos for myself so I could feel “comfortable.” I of course didn’t realize, at least consciously, that I was doing it; until I started to become increasingly unsettled with the life I was living. I had a good job, managed to get married and had a child, but I was only comfortable in the unknown and I wanted to change.

For most of my life, I chalked up my behavior to the idea that I was just “crazy.” It was a concept that I was comfortable with, and I had known it was only a matter of time until I turned into my “crazy mother.” At the time, I was working in a law office, and I was watching clients with similar tendencies. I had wondered about their past and when I started to ask, I was surprised by how many of them had been former foster kids. I had always assumed there were very few of me, and the numbers appearing in my office was off putting to say the least.

Flash forward. In an effort to find peace in my life, I initially turned to self-help books. I found a little relief, but often found myself going back to old habits. I started to realize that hiding my demons was only making me more depressed, and more disconnected.

I tried everything, more books, journaling, yoga, meditation, and hiking. Physical exertion was having an impact, but it only lasted a few hours, and then I was back in mind, returning to old habits. Finally, I realized that I had to tell my story. I wrote Garbage Bag Suitcase and began diving into understanding trauma and its effects on the brain.

The research began turning me onto new books, and suddenly I understood my “trauma brain” in a whole new way. I wasn’t “crazy” my brain was just programed to constantly be in Fight, Flight, Freeze, Appease mode, and this knowledge changed everything for me.

I recently heard Dr. Cathy Fialon explain trauma brain as a sledding hill. When you go sledding the path becomes worn, and when you go down how you gain greater speed. The well-worn path is easy, and comfortable. However, if you take your sled over a few feet to a part of the hill that hasn’t been used, it is difficult to slide down, you can’t gain momentum, and you often start and stop a lot. It takes time, she explained, to break in this new path and make it enjoyable for sledding.

I understood exactly what she meant. My learned reactions as a child had become the well-worn sledding hill. It was easy for me to go down that road, regardless of the effects. But, when I started working on myself (i.e. taking my sled to a new hill) it was difficult. Don’t get me wrong, while I’m still working on breaking in my new path, every once in awhile I like to take a spin on the old one.

That is “trauma brain” retraining ourselves, and oftentimes those we care about, how to break in a new way of thinking. I am thrilled to say, that I have a new career that allows me to help others recognize their trauma brain and the trauma brain of those around them, to help themselves and other heal in a brand new way. We all deserve to try out a new place to sled.

Shenandoah Chefalo is a former foster youth, and advocate. She is the author of the memoir, Garbage Bag Suitcase, and co-founder of Good Harbor Institute an organization focused on ensuring sustainable, implemented trauma care within organizations and individuals. You can learn more about her and her work at www.garbagebagsuitcase.com or www.goodharborinst.com